The first laser was invented in 1960, and not long after it became a fascination of pop culture and Hollywood. While movie science takes some liberties with laser technology, they are often shown as either “the ultimate weapon” or a utility tool gone mad. Here at Full Spectrum Laser, we mostly use lasers to cut and engrave a variety of common materials, but we still appreciate the awesome potential movies imagine lasers to be capable of. When it is all just silly fun, of course. So here, for your consideration and entertainment are the top five movie lasers.

In this James Bond classic, the laser gets a bit more intimate as it is used as an overly elaborate personal death ray against our hero. The scene was incredibly intense back in 1964 and has been imitated many times since. Having seen it dozens of times, I am now most fascinated by the science guys in the white lab coats working hard to hone in the power, speed and current settings for a human vector cut. Lasers would become a staple in the 007 franchise, popping up as both threats from space and as wristwatch accessories.

Laser’s are used for many purposes in this film, from facial reconstruction to disintegration on your 30th birthday. As in Goldfinger, the film conceives the horror of being strapped to a table while at the merciless whim of a laser with ill intent. Folks, this is why operator certification is so important!

This 80’s comedy still holds up thanks to a clever script and the charm of its characters. The plot involves a group of young engineering students unknowingly building a laser capable of assassinating people from space. Not exactly a knee-slapper of a premise, but in the end, it is the world’s largest jiffy pop that takes the hit.  Surprisingly, the film’s science jargon is pretty good and we get many scenes of our heroes actually working on a laser in a lab. In movie we learn that ethics must always play a part of new technology, but also how important it is to keep your lenses clean! 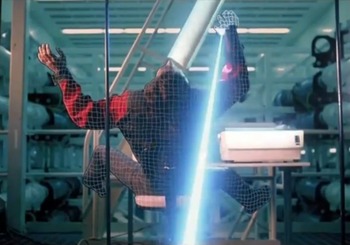 In Tron, the laser isn’t weaponized for evil purposes, but rather as a digital teleporter. To make that concept seem more convincing, the movie uses the real-world Lawrence Livermore National Labs as a set piece and we get to see what was once the most powerful laser in existence. Called SHEVA, this laser was not made to blow up planets or teleport living matter, but rather to conduct experiments in thermonuclear fusion. We are still waiting for that script to get the green-light.

The Granddaddy of all lasers in film has to be the Death Star from the Original Star Wars movie. This thing was so big it required its own moon-sized spaceship to contain it in (should have gone with a compact fiber laser instead). And what does one do with a laser this immense? Well, blow up planets, of course. Science is out the window in the Star Wars universe, but in 1977, this, along with all the other lasers in the film, was mind-blowing stuff. Perhaps no other film in history has inspired so many kids (and adults) to imagine themselves with their very own laser blaster. 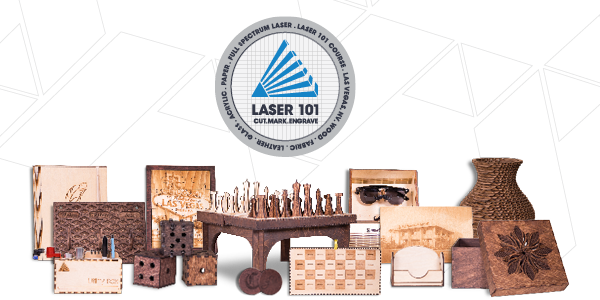 Want to have more fun with your laser? Checkout Laser 101 for free project files, video tutorials, laser certifications, and more.