Lasers keep getting bigger and more powerful but scientists aren’t trying to blow up planets to crush space rebellions. Instead, they are used to unlock the secrets of the universe, to help secure nuclear stockpiles and to create cheap and environmentally sustainable energy. 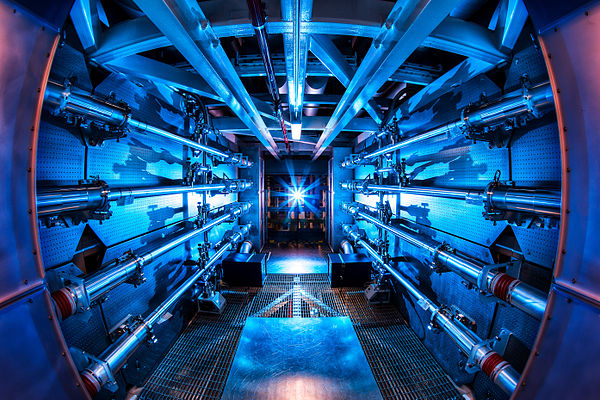 Currently the most powerful laser in the world, this project was initiated to apply laser technology to enhance national security after the cold war. Today, the lab focuses on pushing the limits of laser technology to study nuclear fission reactions with the goal of producing ultra high energy gains. Located at the Lawrence Livermore National Laboratory, in California, this monster of a laser just set the laser energy output record, firing 2.15 megajoules of energy to its target chamber. Ultimately the laser looks to help guide clean and sustainable energy research.

Located at Osaka University in Japan, this laser measures more than 300 feet long and boasts some pretty impressive power at 2,000 trillion watts for a trillionth of a second. That is a bit more energy than needed to cut ½ inch acrylic, so what is it used for? It seems lasers such as this are the best way to recreate the plasma energy of stars in space to study the origins of the universe. For more down to Earth applications, the laser also supports nuclear fission research, and believe it or not, cancer therapy. 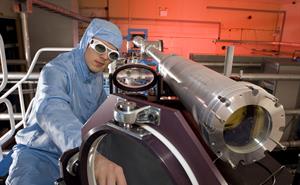 This laser is housed at the Rutherford Appleton Laboratory in England and once held the Guinness Book of World Records as the highest-intensity focused laser in the world in 2005. While there are more powerful lasers today, this facility still explores lofty subjects such as “astrophysics in a lab” and “exploration of the exotic world of plasma physics dominated by relativity”. You know, simple stuff.   CoReLS (South Korea)

The Center for Relativistic Laser Science (CoReLS) in South Korea developed its massive laser to “explore novel physical phenomena in the relativistic laser intensity regime.”  This “phenomena” includes laser-matter interactions under extreme conditions and “attosecond and zeptosecond phenomena in atoms, molecules, solids and nano-structures”. That is some hefty science and not at all what some people might expect lasers being capable of. 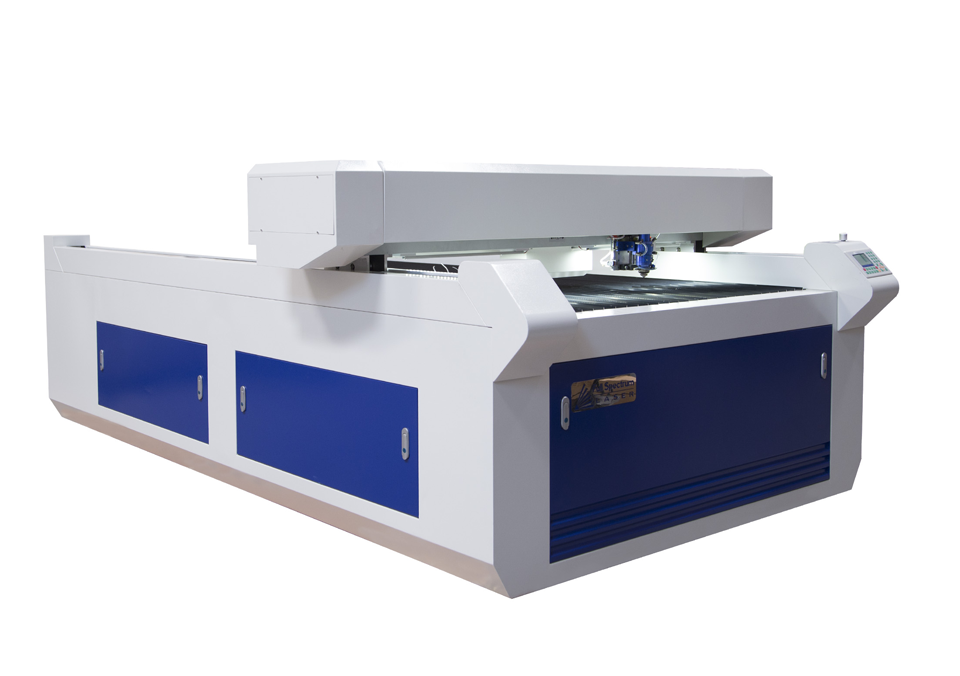 Okay, we admit, we are a little bias here. Obviously this is not on the scale of these research facility laser, but the 150w CO2 Flatbed laser system is still pretty powerful for your micro-manufacturing needs. Found at Full Spectrum Laser in Las Vegas, Nevada, and presenting a 150w laser tube, this machine will cut through 1.2mm of carbon steel. Other benefits include it will fit in your warehouse space and doesn’t take a team of highly trained scientists to operate. And it is a lot less expensive. In fact, it is the only laser on this list you can purchase for personal use. Take that Lawrence Livermore National Laboratory.